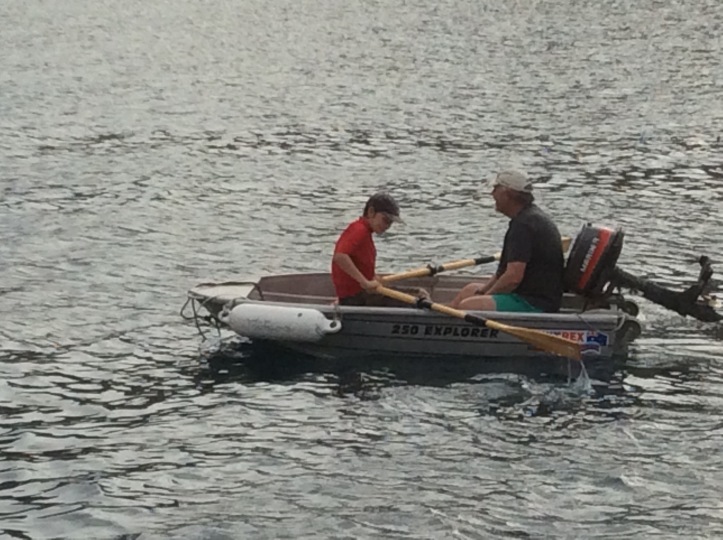 The selat (aka straits or channels) between the myriad of islands are the only inlets/outlets between the Timor Sea to the south which leads to the Indian Ocean and the South China Sea to the north leading to the Pacific. Hence there is almost always a strong tidal current of up to six or seven knots running in one or other direction, far more at peak flows where a strait narrows. Not only can Temptress not motor against such a strong stream but it also gives rise to eddies and overfalls in the shallower waters of the twisting channel, not somewhere you want to be unable to motor or sail through.

The tides hereabouts are diurnal (two high waters a day), however there are no tide tables (giving times of high and low water) let alone tidal atlases (charts showing the direction and rate flow of water at any given hour of the tide) for many of the selat that we are aware of. However someone has done a little research before us and the SE Asia pilot provides some simplistic north-south current directions by the hour for several of the channels and details a method using the moon’s upper and lower transits (i.e. the highest and lowest point the moon reaches above a given point) to calculate the time of high and low tide.

We have onboard this year‘s Reeds Astro Navigation tables 2016 that details such stuff as sunrise, zeniths of various heavenly bodies and the moon’s upper transit as together with the first mates sextant, if all else fails we can work out where we are on the planet! Of course all of this relates to Greenwich, being the meridian from where longitude and hence time is measured. The calculation of the moons highest point in the sky where we are involves adjusting the meridian upper transit to our position and time, slightly complicated because at UT+8 Temptress is for this purpose a day ahead of London. I won’t take you step by step through it but if you are interested in such stuff a similar method is outlined here.

Suffice to say that the vague directions in the cruising guide were to the effect that little is known about the selat we wanted to use when heading to Labuan Bajo (henceforth LBJ) from Kupang but the flows for another nearby channel should be adequate! We did the calculations and reckoned that around 11am the direction of flow should be changing to south-north. As Temptress approached Nusa Kode the island at the southern entrance to Selat Linta a couple of hours before then we were heartened to see that the tide was at least favourable adding a knot to our speed over the ground; we had had up to a knot against us for most of the 230 odd miles north west from Kupang, making the passage slower than usual. However our optimism was misplaced; a short while later west of the entrance to the extremely narrow Selat Molo the tide turned against us once more with a two knot vengeance and stayed that way for another hour or more. The seas were rough with overfalls as the vast body of water tripped over the shallowing rock bottom.

Eventually Temptress turned more northward into the wide entrance to Selat Lincah that winds in a twisty, narrowing path between Komodo and the maze of islands to the west of Flores and Rinca. By 11:30 the tidal flow had moderated to almost nothing and within moments was pouring north in the direction we were headed. It was a crazy sleigh ride at speeds of over ten knots over the ground at times.

Since that epic we have mostly had the tide with us which has been useful. Plus the tidal streams amongst the northern islandsetween Flores and Sumbawa﻿ are not quite so ferocious. Leaving Telok Bima a long inlet on the north coast of Sumbawa yesterday was relatively straight forward even through the narrows where the inlet does a dogleg twist. However in the wide entrance close to the east side the crew were briefly alarmed when Temptress motoring under autopilot suddenly veered off towards the shore; a huge but slow moving whirlpool had caught us and spun Temptress around its outer edge before spewing us out! It pays even here to be wary. The tides are king and remain arcane. 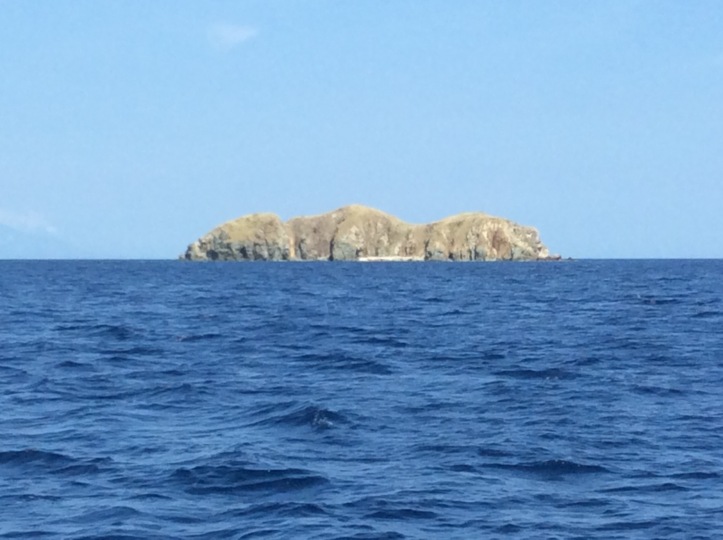