Off On Some Travels 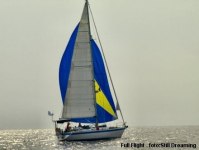 Tuesday afternoon (23 March) I’m leaving hubby and jetting off to Oman. Two flights later I’ll be in Salalah on the southern coast in the Dhofar region where I am told the hills are green and lush. After just a month in Bahrain I’m looking forward to seeing trees that aren’t dusty date palms! White sandy beaches and coconut palms seem a perfectly acceptable alternative. In Salalah I am meeting up with our friends Pat and Tony on their sailing boat Full Flight, a 40 foot Wauquiez Centurion, to be the crew for the next leg of their voyage from Turkey to India. 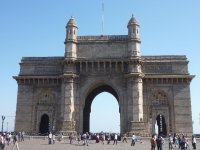 From Oman we cross the Indian Ocean to Mumbai – a straight line distance of 1080 nautical miles. However I expect it’ll not be so simple as that so there’ll be no new posts from me until after Easter but I’ll endeavour to keep a log en-voyage and update everyone on my return.

So long for now and fair winds
Susie