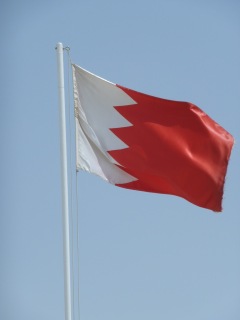 Bahrain goes to the polls later this month for both municipal and parliamentary elections. As ex-pats who don’t own property we are not permitted to vote. However interest piqued by the posters going up all over town with huge mug shots of the candidates I decided to find out what’s what.

Democracy is young on this island with the first elections in 2002, anouther round in 2006 and now four years later the Bahraini’s are about to have their third voting experience. There was an earlier short lived attempt at democracy in 1973 but that body was dissolved two years later. I won’t dwell on politics just mechanics in this blog, virtually everything is conducted in Arabic so I have no idea who is standing for what, only what they look like. I will say though that just like anywhere else in the world the candiates through their poster images try to portray themselves as genial neighbours.

There are five municipal councils known as governates in Bahrain; Northern, Southern, Capital, Central and Muharraq. To stand for election to these or to parliament you must be over thirty and to vote you must be over twenty. Parliament has two houses much like the UK model where only the lower house is elected and the upper house is made of appointed senior, experienced members of society. In theory the upper house is meant to only advise but in practise they apparently have legislative powers too. Voters first had to verify themselves to get on the electoral list either in person or electronically, just over 300,000 inidividuals were approved. This was done in August. It is possible to oppose someones entry in the electoral roll here and 206 such appeals were dealt with!

Then during September, the candidates submitted their applications to stand for election in the respective bodies, some were unopposed so automatically took their seats. This seemingly smooth and rapid process has not been without its troubles as press headlines during September showed (London, Jerusalem, Bahrain). The Election Committee issued a press release stating that despite unrest due to the “dismantling of a terrorist plot” the elections were on track. Election day itself is October 23 with a second round of parliamentary elections seven days later. It may be viewed as an imperfect democracy by some but at least the people of Bahrain have an opportunity to vote and it will be interesting to see what percentage of them do so compared with the lacklustre poll turnouts in some western countries.